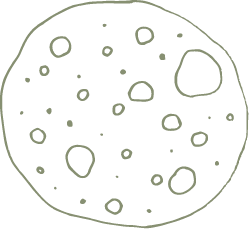 Design is in our DNA

‘OÏPHORIQUE’ is a pulsating light sculpture reminiscent of the movement of jellyfish ‘dancing’ in the water. Static totems evolved into dynamic, moving luminaries that seem to ‘breathe’, captivating the beholder and carrying them away into a mystical world. By compressing and dilating, the lamps reveal the design, light and feel of the room. Initially designed by atelier oï to celebrate its 20th anniversary, the scenography was further developed into a radiant light sculpture with Spanish lighting manufacturer PARACHILNA. Atelier oï is an internationally renowned architecture and design studio from Switzerland.

Czech artist and sculptor Michal Trpák (*1982) studied art and design in Prague. He is well known all over the world for his striking works of art in public spaces. Trpák draws inspiration from his countless journeys to the most remote regions of the world.

He has designed a number of works for us, including the illuminated mushrooms named ‘Looking for Happiness’ and the man hanging on an umbrella, a work aptly named ‘Slight Uncertainty’.